I am a human... from the Planet Earth.

I COME IN PEACE TO MAKE STUFF


DEAR HOMOSAPIEN FROM THE ORION ARM OF THE MILKY WAY:

You are being cast into worlds far beyond your comprehension. I am beyond space and time and living in different time periods at the same time, as well as none at all. I am both here, and beyond any time you can imagine.

Time and space are mere concepts of which humans only have one small perspective.

The contents of this website are my journal entries throughout my travels, documented through varied media. Floating through the creative universe, surfing from planet to planet, relying on the ever-changing visual tools around me. Documenting, creating, living... immersing myself into the culture of each planet I experience. These are my experiences after escaping our dying planet.

My wins and losses...

My mistakes on the interstellar stage... naked for all interdimensional lifeforms to see.

An entitled, self-glorified ape-being, on a fool's errand... quite...

documenting his triumphs, discoveries, and most importantly… his errors.

On this website you will see the 4 symbols from the cave of enlightenment. Perhaps you may laugh at a few dad jokes as well.

The Book Of Werds 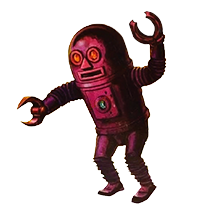 First I was captured by advanced humanoid robots. Their moves were as swift and cunning as a flying insect. Their joints creaked in short bursts like trash cans scraping together. I was no match but I did hear them coming. So I grabbed my bag that had a pad of paper and a pen, an old laptop I had just reformatted for my dad, and a solar charger from REI. This is all I have time to write before they come back!!!

UPDATE - Who knew? A pad of paper and an old laptop eventually turned out the be the most important things in the universe to me. 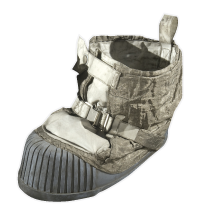 I was able to escape the humanoid robots with the help of a fellow prisoner. Unfortunately, my new friend’s life was given towards the efforts of our escape. The good part: we were able to stop the humanoid’s mission on Earth … to study humans. We stole one of their escape pods after dismantling their mothership’s main power source. The bad part: my partner in crime, dying at the wheel of our escape vehicle after a bad shrapnel wound, didn’t show me how to drive. I’m floating through space with a bunch of weird alien food and a dead ex-prison buddy, and I have no idea where I am or how fast I’m going. I thought writing things down would help calm my nerves … but it’s not ... I’m going to see if I can slow this thing down, but in the process, I’m being thrust into the void of galaxies beyond our own! 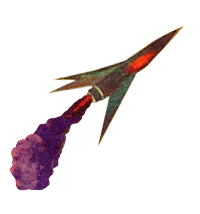 Right below the front window or cosmic projection screen, there is a pocket where the pilot of the escape pod sits. It can run in autopilot, from what I can tell, but I’ve been zooming for what seems like days. I found a lever that looks like speed in a fairly obvious place. I pulled it backward, and it did slow me down but it also seemed to slow time, as well. I also found a navigation system—it just so happens to scan planets for survivable conditions as you approach. After looking for what I assume has been weeks I figured out how to, sort of, read it and found what looks like an abandoned planet. Perfect distance from its star, contains oxygen, clean water … limited signs of life. The planet is towards the end of its own Darwinian transition so animals will be appearing on this planet, too (aka FOOD, but it’s mostly plants, bugs, and single-celled organisms). I was able to select what looks like a pitstop for water. I wonder what fuel this escape pod runs on. I’m also running out of these weird yet yummy alien space bars. 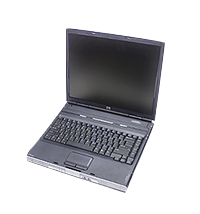 Enter through the outdoors. What I thought was the pitstop button must have been the crash land button instead. I was ejected out of the ship after it had cooled from entry. The ship’s top door went flying. It will take days to find it. The countdown to eject was the most terrifying experience of my life. I had no idea if it was going to explode or just power down and suffocate me. Luckily, my computer, the intergalactic wifi beacon I lifted from the escape pod, and my REI solar charger landed on top of me instead of me on top of them. Whew. Now, I must figure out if there is anything edible on this planet, and see if I can get this ship going again. 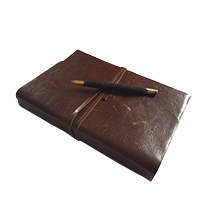 The tough get going. I have seen enough survival shows to know you’re supposed to rub the plant or insect on your lip first, cook the plant or critter if possible, and hold it in your mouth for 15 minutes before swallowing but I have not known the true definition of shitting your guts out until today. I’ve tried at least 5 different plants over the last few days and none of them seem to be edible. I had nothing in my body, but I just … kept … pooping. Thanks, weird alien escape-pod bars.

There are a few insects here, one especially that is fat and slow that I’m considering trying. I have been able to find some caves to stay in but they all seem pretty shallow and open to the elements. I plan to do some exploring over the next few days. I will keep journaling my findings because that’s all I have now. My interstellar internet communication beacon isn’t working. I hope I don’t have the wrong password. 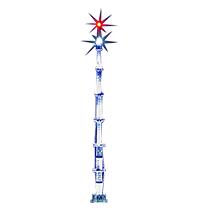 Risking it all is to fight to survive? I haven’t found anything to eat in quite some time. I’ve tried two of the bugs I’ve found and instantly known it was not going to work from early poison tests that have left me ill but manageable. I’ve surveyed for miles and miles, and I’ve only found one cave that can remotely be used as a shelter. I haven’t fully explored it, but I have it marked, and I will be headed there at first light. I’m so damn hungry. I would eat the dirt I walk on if it gave me sustenance.

I finally found the ship’s door and dragged it back to my wrecked ship. It took a while to get the ship’s door over the eject opening. It’s heavy as hell. It took a few methods—mostly just anger episodes at my situation taken out in a productive way … well … sometimes productive. Everything seems intact despite some small... cosmetic… damage.

The intergalactic wifi beacon seems to turn on just fine. But I can’t remember my dad’s password! UGGG! 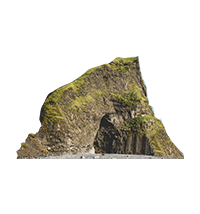 Undoubtedly, I’m back at the cave. I’ve discovered something extraordinary. Some markings. For small engravings into a very small corner of the cave. I almost missed them in my weak state.

While my discovery did give me a boost of energy, I certainly am at my end. I caught another bug, but I imagine it will be the one that kills me as it is glowing  four different colors. It’s very beautiful.

I’ve manufactured a sort of pan/slab and made a tiny fire with some twigs and dried grass. I took the bug slowly out of my bag. I had felt a sort of connection to the last few bugs. Even though I say sorry, as I’m the predator in this situation, they all have gotten their revenge... in the gut region. I was almost desperate enough to try it raw, but if I really want to survive this, I have to be careful. 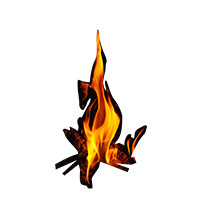 Musk smell filled the area as the bug cooked. It still is glowing though not alive. The light inside of it is like liquid silver with a tv static-like texture but still radiant. I couldn’t get the look of the bug’s eyes out of my head as it cooked. Like it was begging me to eat it. I’m so damn hungry.

I thought of the symbols again … ya know what, for the hell of it, I’m gonna put little bug guts on the rock. Maybe it will mean something. Either way, I may not make it through the night if I don’t eat something. Who knows how long it’s been since my last weird alien space meal.

For anyone who finds these words, if these are my last … know that your experiences in this universe not only make you, but they also shape your destiny. You can try to ignore your worst tendencies … but success is a risk/reward business. If you don’t try, you automatically fail.

I sliced the bug open with a sharp rock. The insides were glowing … it smelled wonderful. I was hopeful this was a good sign.

I tapped some of the glowing guts into the shapes in the corner of the cave. Nothing happened for a second, but I did feel like they sort of started to glow a little brighter. A small storm started a little while later. Hard to tell if it was connected, but it sure felt like it.

It was time. I cut the butt-end of the bug off. It sort of oozed out the shiny goo. I was so hungry, it smelled so good … but it looked so crazy. I can’t even explain. I ate it. It was amazing. I gobbled up the rest. While my stomach is rumbling, it’s been a little while and I think I may have found an insect I can actually eat on this planet. 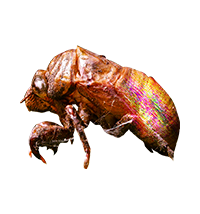 Puking. I’m never eating that shiny bug again. I’ve been seeing crazy things … those symbols … is this all in my mind?!?! THE STORM IS RAGING outside of the cave and the water is rushing in … I can barely write these words … what … is ... happening …!?! 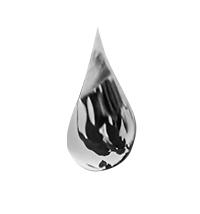 I’m no longer hungry. I feel like I’m low-key everywhere at once, at all times. I can feel your eyes on these words. I can feel the skepticism on your breath. Believe me. And now, the 4 symbols shine brighter than ever. They radiate still. They are calling us both to them. I rub my fingers over the symbols and my mind is transformed and scattered throughout time, all at once. Every moment in history leading you to these werds. 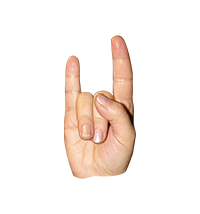 I just remembered my dad’s password!!!! Hello, worlds! I will post my past and future journal entries for the universes to read! 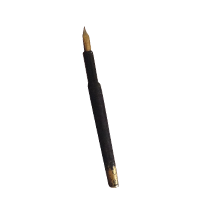 It’s been some time since my last entry. I’ve been lost without a signal in the swamps on this planet. It’s not easy seeing through time and space without a strong internet signal. The swamps are filled with an incredible rainbow tinted mud. I’ve been using scraps of paper from my journal to paint paintings to send images from my dad’s laptop back to earth now that I have a clear signal.

You can see them journaled in O. 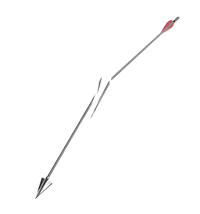 After some time in the swamps I figured it was time I found my way towards a signal. In my last entry I discussed some of the mud and clay paintings I’ve made. I’ve made little containers and a little bag from some plant… type… things. It’s kinda gross, but the colored clay seems to have dried and held on. As I made my way back from the swamps I look forward to finding a the intergalactic wi-fi signal and getting these paintings out there as I’m feeling a strong pull back towards the written word and simple HTML/CSS as a communication tool. More updates soon.